Kentucky
Louisville-Jefferson
8.3 out of 10 based on 3 reviews 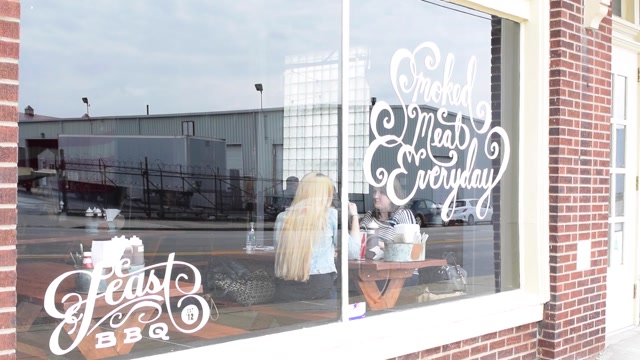 Having lived in louisville for a few years now and having previously lived in other parts of Kentucky (and the nation) I can, without a doubt, say that Louisville is the best place I have ever lived. There is a VERY good reason that Lonely planet named louisville the NUMBER 1 tourist destination in the country for 2013 and that National geographic featured it on the top 20 list this winter. The Falls city never runs out of things to do. There is a reason why for years people have been referring to Louisville as the new portland. In fact, it's quite humorous that a university in Oregon did a study last year and found that Louisville ACTUALLY is the Hippest city in the nation with the largest ratio of young professionals moving in to stay. This influx of young professionals probably has a lot to do with all the local businesses popping up around the city. Louisville also has an outstanding support group for supporting local businesses. Not only is the city's population ready to buy local, but there are organizations that are more than ready to do whatever they can to make sure you are successful. It truly is possibility city!
Pros
Recommended for
Add a comment...
The opinions expressed within this review are those of the individual reviewer and not those of StreetAdvisor. Report
Louisville-Jefferson

"Southern North or Norther South - Either way it's interesting!"

Man, where to begin with Louisville! This is a big town with a ton to do. I don't think I can get terribly specific without missing the bigger picture of the city. Obviously, as this is the biggest city in Kentucky you're going to get a ton of different opinions about the place, and there are multiple sides to consider. For me, I like Louisville as a visitor/tourist. I'm in Lexington, which is one of the bigger cities in the state, but I wouldn't want to be in a city as large as Louisville. Not if I could help it.

My reasons are that I don't consider Louisville as friendly, though it's not super unfriendly, and there's more crime than I'd like. This is, of course, dependent on the neighborhood you live in, and should therefore be taken with a grain of salt. I've seen some rough areas, and while they're affordable, I wouldn't want to hang out there. The nicer areas are quite safe, but the proximity to rougher areas worries me. Cincinnati has similar areas, but not quite so bad as parts of Louisville.

The really interesting thing about Louisville is the nature of the town. It's both southern and northern. It depends on who you talk to. In some ways it's the hillbilly town of the north, and some will call it a northerner town pretending to be southern. This adds a lot of variety to the city, and makes it interesting to visit. You can experience a lot of different things in a single visit.

There are a lot of big sports fans in Louisville, and you will find a lot of people invested in the local minor league baseball teams, and many parents are super enthusiastic with their kids playing ball. This adds a lot to the city and makes it good for raising a family.

Of course, there are also good schools in Louisville. Not all are perfect, so make sure you check out you district before buying a place, but you'll find good public and private schools with ease. Simply put, there are too many people here to not have quality educational opportunities.

Likewise, the huge population breeds good restaurants. Not just in the city, but also in the surrounding suburbs, which I've heard referred to as Louisiana (it's on the border of Indiana, hence the name). You will find a ton of great places to eat in almost every style of food. Very good. Very eclectic.

I like Louisville, but I'm just a visitor, and a fairly infrequent one at that. I don't really suggest it, but that's more because I'm not a big fan of the size. If you're looking for an exciting place in Kentucky, this is the place to be!
Pros
Cons
Recommended for
Add a comment...
The opinions expressed within this review are those of the individual reviewer and not those of StreetAdvisor. Report
Louisville-Jefferson
Jimels555
5/5 rating details
2yrs+

"The big city in Kentucky, and definitely a lot of fun!"

Well, oddly enough it's sorta tough to write a review about Louisville. It's a great city. The biggest in Kentucky I believe, and there's just so much to do and see here.

Of course, the first thing most people mention, and the first I'll mention, is the Kentucky Derby. Kentucky is known for our horses and bourbon, and the Kentucky Derby is pretty much as famous a horse race as there is in the world. I'm not a big horse racing fan, but I went to the derby once and it was insanely fun. I can honestly say my trip over to Louisville was one of the most fun I've ever had, and I will always recommend Louisville because of it.

Of course, with the large population in Louisville you get a ton of restaurants of pretty much all sorts to check out, and there are varying quality levels from awesome to mediocre, but you can certainly find something worth eating in Louisville. There are too many options to just make a few suggestions, but needless to say it's a great place for food.

The large population also makes for a lot of schools, which also vary in quality, but if your kid's education is a priority (which I hope it is) you can find the right area and the right school. If need be you can always find a good private school, of which there are many.

The large size also means there are good and bad areas of Louisville. For the most part I consider it a safe city, but there are certainly some rougher areas that are far more dangerous than the small towns across Kentucky.

There's just too much to say about Louisville for me to get it down to a few hundred words easily. Visit for sure. You'll be very happy you did, and you'd be wise to live here as well. There are bars, restaurants, job opportunities and plenty of chances for fun!
Pros
Cons
Recommended for
Add a comment...
The opinions expressed within this review are those of the individual reviewer and not those of StreetAdvisor. Report

Does Louisville Ky have a high murder rate?
0 Answers
Can I use pennies to ride TARC?
0 Answers