California
Woodside
7.2 out of 10 based on 3 reviews 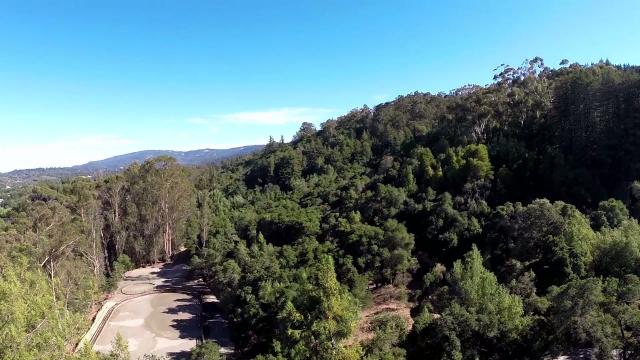 "Heaven Can Wait If You Live Here"

Woodsy Woodside is basically the bucolic version of Hillsborough. If you are a Ronald Reagan style cowboy—you know, the kind who likes to ride horses and play cowboy, but definitely does not pay taxes in anywhere near the same tax bracket as a ranch hand, then Woodside is the city for you.

Driving through the narrow country style lanes you might, in many parts of Woodside, be fooled into thinking you are out in the boonies—but if you were to follow the long driveways up past the impenetrable tree cover, you might be surprised to come upon not a simple farmhouse or ranch, but a spacious Italian style villa or sprawling mansion.

In fact, Woodside is actually the 4th wealthiest city (with at least 1000 households) in all the United States when measured by per capita income. And as you might expect the home prices here reflect that with the median home in Woodside going for $2.5 million and about a quarter of the homes here going for more than $10 million (only about 1 in 5 fall below the million dollar mark). How rich is it? Filoli Gardens one of the mansions in the hills was used as the Carrington Mansion on Dynasty (and as the mansion on Heaven Can Wait) for those of you who are old enough to remember those.

Homes here are on large sprawling properties in the hills, which are also part of the draw here, and the area is zoned for horseback riding so it is not uncommon to see your postmodern cowboy clip-clopping through town and down the country roads. (The area, I believe, is also home to Neil Young.)

Woodside also has a quaint little downtown in a faux western cowboy town style (with wood colonnades offer shade from the sun and shelter from the elements) and a half dozen pretty good restaurants, the most popular of which is Buck’s, a fairly traditional breakfast joint locals swear by. There is also a French/Italian place (Bella Vista), a steak house, and a diner (Alice’s).

The little downtown area is also where you find all the everyday stores that you need: the Post Office, bank, supermarket (Robert’s Market), and hardware store (also Roberts).

One drawback of the area, however, is the only slightly above average local high school. Don’t get me wrong, Woodside High is a very strong high school with above average scores, but when you compare it to neighboring Palo Alto High with its astronomical rankings for test scores, Woodside’s above average scores look rather pedestrian—especially given the resources the local tax brackets must bring in.

Overall, however, I still would not pass up the chance to live here. In fact if you live here, heaven might be a downgrade.
Pros
Cons
Recommended for
Add a comment...
The opinions expressed within this review are those of the individual reviewer and not those of StreetAdvisor. Report
Woodside

"A secluded, woodsy and affluent city with no commercial neighborhood"

A small, wealthy city in the San Mateo County, Woodside is a perfect secluded place to raise a family. It’s seven pristine neighborhoods include Family Farm Hidden Valley, Mountain home Road, Selby, Skywood, Woodside Glen, Woodside Heights and Woodside Hills. According tot eh 2010 US Census, Woodside has a population of just over 5,000, enough to build a good sense of community. The demographic here is predominately white and on the older side, with the median age at 44 years (well above the California average). With its wealth, sense of community and proximity along the San Francisco peninsula, there’s little that beats this wood side escape.

Woodside’s residential quarters have a rather beautiful upper class aesthetic. Geographically speaking, the city sits on a woodsy hillside, with narrow streets winding up to beautiful homes. More specifically, residences are typically two-stories in size and hidden between the hillside trees and surrounding forestry. Many of these homes have large properties and are separated by a great distance, making backyards very quiet. For numbers sake, median household prices (including condos) are priced at $930,000, making affluent families the norm. If you’re looking to rent, the average condo will run you about $1,800/month (pretty pricey, but well worth it). Those that live within the community’s quarter bring in about $220,000/year (as a household).

Woodside also boasts plenty of attractions. Menlo Country Club is one of the most sought out locations in all of Woodside. Its well-maintained 18-hole golf course sits the beautiful redwood trees and offers hours of entertainment. Moreover, there are a handful of park reservations and open-spaced locations set along the city’s westerly side. For young families, the community offers about 9 schools within/or around Woodside. Its most notable of which are Woodside Elementary and Woodside High School, both of which have received high marks in online forums and school ranking sites. And for commuters, Interstate 280 runs through the city and connects its residents to both popular job hubs of San Francisco and San Jose.
Pros
Cons
Recommended for
Add a comment...
The opinions expressed within this review are those of the individual reviewer and not those of StreetAdvisor. Report
Woodside
StephSF
4/5 rating details
2yrs+

"It doesn't get much more expensive..."

Search for Woodside on Google maps, zoom in closely enough, and you will observe that unlike other Silicon Valley towns there are few houses on the map that don't resemble mansions with private pools and tennis courts. Do the same search on any real estate website, and not surprisingly, you will find that almost every house lists for at least a million, and one in ten will reach eight digits, even in a down real estate market.

Such is Woodside, one of the most beautiful and wealthy towns in Northern California. Situated at the base of the Santa Cruz Mountains, with the redwoods right at your fingertips, it is no surprise that the town retails so high; and the size of the homes throughout certainly helps. Accompanying the beautiful scenery is a great little downtown stretch with some cute cafes but little in the ways of nightlife. Nearby Redwood City and Palo Alto scratch that particular itch far better, and like everywhere else, the closer you are to the center of town, the more expensive the homes get and the less land you have surrounding your residence.

Of course, wealthy towns come with great schools, and Woodside is no exception - for the kids whose parents choose not to send them to private school, that is. And like every other town on the Peninsula, one of the wealthiest ares is directly adjacent to a fairly run-down part of Redwood City. Ahh, c'est la vie in an area known for a massive spread of wealth.
Pros
Cons
Recommended for
Add a comment...
The opinions expressed within this review are those of the individual reviewer and not those of StreetAdvisor. Report

Who is in charge of cleaning Woodside Rd. near 280 in Woodside Californai
0 Answers