California
San Carlos
8.8 out of 10 based on 3 reviews 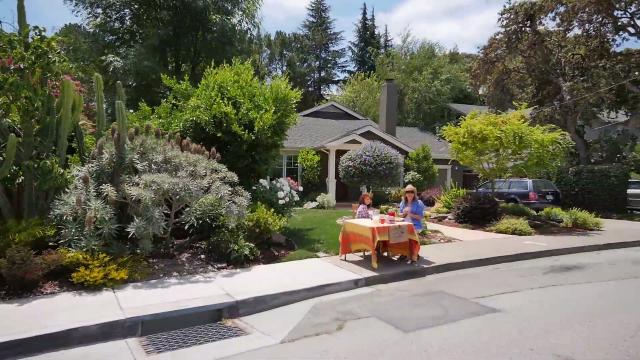 We have lived in San Carlos for almost two years now and love the location! The Caltrain is walking distance to city center and is a major stop on the Caltrain route (so tons of timing options). Not only are you middle between San Francisco and San Jose, the San Mateo bridge to east bay is a short distance!

Laurel street is great to walk down with coffee shops, restaurants, shopping, markets and every major banker (bank of America, wellsfargo, citi), real estate is very high but worth it if location and neighborhood feel is your thing.

San Carlos also has a summer farmers market and events all year round that make it a close community and a lot of fun to live here!
Pros
Cons
Recommended for
Add a comment...
The opinions expressed within this review are those of the individual reviewer and not those of StreetAdvisor. Report
San Carlos
DirtyHarry
5/5 rating details
2yrs+

Hilly San Carlos—pop. 27.4 K—is an upper middle class to wealthy city (by Bay Area standards, not California or national standards where people would just drop middle out that phrase) just south of San Mateo (next to Foster City). On the western end---where the neighborhoods climb up the hillside toward the sea-side mountains, the curvy streets provide lots of nooks and cul-de-sacs sheltering quaint homes.

San Carlos is an older neighborhood with lots of homes dating back to the 60’s and 50’s and before. The average home price currently is around $600K. Almost half the homes currently are for sale due to foreclosure, so the home prices may still be below their actual average at this point. (If you exclude the foreclosures, the prices are closer to $775 as the median).

One nice thing about San Carlos is that it does have some apartments that are relatively affordable ($1200+ for a one bedroom). These are also some apartments in the downtown area near the San Carlos Cal Train station, so they are well-situated for single-parents looking to take advantage of the strong local schools. The area is also about as safe as it gets in the Peninsula.

The Downtown area is nothing to write home about but it does have one or two very nice streets—like Laurel and El Camino, where the stores and restaurants are mostly located. This area is very walkable and nice for a Sunday morning I would think.
There you can find restaurants like Town (a steakhouse), Saffron (an Indian place) and 888 (an Italian place). There is actually a pretty great selection of restaurants serving the affluent local residents.

There is also a pretty good selection of bars, including a couple of wine bars (Spasso and Flight Lounge) and one that is under the false impression that it is a dive bar (Orchid Room is really just a neighborhood bar). You can even go dancing at the Carlos Club—though I wouldn’t.

So overall this is a pretty good little town, with a bit of everything: nice homes, good schools, and even some restaurants and a touch of nightlife. Not bad!
Pros
Cons
Recommended for
Add a comment...
The opinions expressed within this review are those of the individual reviewer and not those of StreetAdvisor. Report
San Carlos

Located about halfway between San Francisco and San Jose, the city of San Carlos is coined “The city of good living.” Its large, affluent suburbs make it one of the most sought after cities in all of California. Its also part of the greater San Mateo County and also shares a similar reputation from its other highly regarded neighbors: Redwood City and Belmont. Demographically speaking, the town itself hosts more than 30,000 residents, most of whom share a white, middle to upper middle class standing. It spans almost 6 square miles of residential space, most of which would be ideal for any family that can afford it.

San Carlos boasts a very attractive residential quarters. Its residents have a firmly upper middle-class lifestyle. Aesthetically speaking, the streets are lined with trees and curve around the steep foothills. Most homes are two stories in size and boast large surrounding properties nestled into a woodsy landscape. The typical house price in this area sits between $600,000 to $1.5 million. For renting prices, you’re likely to pay upwards of $1,500 a month. Meanwhile, household incomes rake in about $106,000/year, so residents have a bit of flexibility when it comes to money. The community is widely democratic, and home to thousands of Silicon Valley employees (due to its relative proximity to the San Jose tech industry). For perspective home buyers, residents never fear for their safety. There’s only been two homicides in the past four years.

Although the city has a small shopping area, there are still a few little boutique stores and neighborhood restaurants. San Carlos also hosts several technology companies, biotech companies and medical device firms. In recent years, there has been an influx of young families which has drastically changed the city’s overall demographic.

In all likelihood, the city’s change is mainly due to its well-established school system. Youngsters between the grade of K-9 have a school system that ranks significantly high across state-wide lists and school review websites. These schools’ also enjoy the handful of playing fields, which host a myriad of local youth sports groups and events. For older residents, the town entertains its locals with the “Hometown Days,” a carnival that takes place around the city’s largest park every May. When the calendar hits October, the city hosts the “Art and Wine Festival.” The event provides live music, tasty food, unique crafts and regional art work. And during the summer, Laurel Street puts on a weekly farmer’s market known as “Hot Harvest Nights.” The weekly Thursday night event serves reasonably priced regional vegetables and other delectables.
Recommended for
Add a comment...
The opinions expressed within this review are those of the individual reviewer and not those of StreetAdvisor. Report