Georgia
Atlanta
Old Fourth Ward
6.6 out of 10 based on 2 reviews 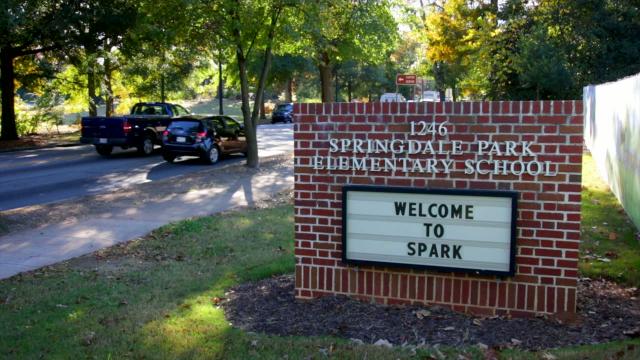 The Old Fourth Ward in Atlanta Ga. is right off Interstate 75 via State Highay 10 as you head east. The number of parks and pet friendly trails are seeing a slow increase as this neighbohood is currently undergoing a re-vitalization project.

The Old Fourth Ward may have a storied past, that doesn't do it many favors, but thanks to the economic growth that Atlanta as a whole is seeing, many people feel that all of that is about to change. This is good for the many people who don't necessarily like to live where they work.

This neighborhood may not get a lot of good reviews from long time residents, but it does bode well with the newer residents who like the proximity to downtown shops and schools. There are many churches to be found in this neighborhood as well that serve many different denominations.

The Old Fourth Ward can easily be considered a bedroom community in that it is primarily for residences only while the main shopping and nightlife attractions lie in the downtown area. This neighborhood is also seeing a slow increase in the rankings of the best neighborhoods in the greater Atlanta metropolitan area.
Pros
Cons
Recommended for
Add a comment...
The opinions expressed within this review are those of the individual reviewer and not those of StreetAdvisor. Report
Old Fourth Ward
quillbilly
4/5 rating details
2yrs+

Rubbing elbows with the likes of Inman Park, Poncey-Highlands, Midtown and Downtown, it’s no wonder this ‘hood (and I mean that in more ways than one, for now) is the site of some of the most rapid gentrification in metro Atlanta.

Pre-real-estate-bust condos line North Highland, North Avenue, and Boulevard, promising budget city views of the Downtown skyline on enormous hanging banners. (A recent sunset prompted a gaggle of photogs – professional and amateur alike – to halt traffic on the Jackson St. bridge.) Young urbanites flock to swank gastropubs and must-eateries like P’cheen and 4th & Swift; couples congregate in long lines to chat over coffee and croissants at the Highland Bakery...

But the million-dollar townhomes behind Boulevard and Freedom Parkway juxtapose eerily against the flip side of this neighborhood – a six or eight block area that landed Old 4th Ward in third place for violent crime in a by-neighborhood list published by the AJC in ‘09. Low-income and Section 8 housing is crushed together by a land creep of smart new craftsmans and rennovated-chic commercial establishments opened by enterprising city folk attracted to the proximity of Downtown, Midtown, IP, the Highlands, etc.

But gentrification - in all its tarnished glory - isn't Old 4th's only claim to fame.The neighborhood lies squarely on the Beltline, the shining focus of a multi-million dollar, 20-year redevelopment project aimed at integrating transportation, boosting economic development and adding green space (complete with eagerly anticipated ped-friendly trails) - all designed to centralize Atlanta’s growth and alter the course (or should I say curse?) of disconnected development that has famously plagued the metro area. Needless to say, The BeltLine Project has no shortage of ardent intown fans; as evidenced in part by the art initiatives that have taken root along the Beltline’s rough-cut paths. Local "starving artists" jumped at the chance to showcase sculptures, street art murals and other works celebrating the cultural diversity lining the old railroad corridor.

Yep, pretty soon this former 'hood will become a true restaurant-weeking, homeowner's associating, festival-throwing intown neighborhood (no Section 8 allowed). I can see the faux hand-painted sign now: "Welcome to New Fourth Ward." Cheers!
Pros
Cons
Recommended for
Add a comment...
The opinions expressed within this review are those of the individual reviewer and not those of StreetAdvisor. Report