Georgia
Atlanta
Mt. Paran / Northside
7.4 out of 10 based on 3 reviews 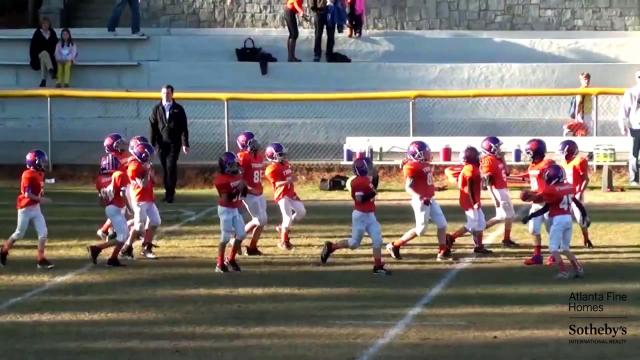 "Upscale and So Much More!"

The Mt. Paran neighborhood is located off of I-75 in the Northwest part of Atlanta, GA. It is a very wealthy area, most of the homes there are valued at well over one million dollars. The major road that passes through is Mt. Paran Road. There are many large trees and even some lakes in the neighborhood.

Mt. Paran lies in the middle of Buckhead and Phipps Plaza, so it is a great place to live since there is so much shopping available. The Cumberland mall is also convenient to Mt. Paran for your shopping pleasure. The shopping opportunities are truly endless.

It is a very family friendly area. There are local parks, with great spots for walking dogs and children to play in. One local park is the Chastain Memorial Park. Many people enjoy taking care of their health, and they go to this park to exercise. So, it is a great place to meet all of your neighbors. There are also a ton of schools to choose from. Since it is a very wealthy neighborhood, most of the schools around are private and rather expensive.
Pros
Cons
Recommended for
Add a comment...
The opinions expressed within this review are those of the individual reviewer and not those of StreetAdvisor. Report
Mt. Paran / Northside
LeahM
4/5 rating details
2yrs+

The Mount Paran community is nestled along interstate I-75 in north west Atlanta. The community is considered one of the most affluent areas in the country with many homes valued above 1 million dollars. Mt Paran shares its prestige with several other high profile neighborhoods including; West Paces Ferry, Randall Mill, Kingswood, Westminister and the Vinings. The prominent roadway that travels through this area is Mt. Paran road.

If you love shopping, the Mt. Paran community rests between two of the best retail districts in georgia. To the south, there’s Buckhead which includes Phipps Plaza and many other high end boutique retailers like Hermes Paris. In the north west, Cumberland mall offers the traditional middle class shopping experience. There are numerous public parks with the largest and most popular being Chastain Memorial Park. If you’re new to the Buckhead area, Chastain is a great way to meet local residents while walking your dog or jogging. Most people in this area seem to be health conscious and this is a great way to stay motivated.

Mt. Paran may be out of the price range of most young professionals but I believe it is an excellent community for families. Families tend to stay in this area for generations taking pride and upholding the legacies as years past by.
Pros
Cons
Recommended for
Add a comment...
The opinions expressed within this review are those of the individual reviewer and not those of StreetAdvisor. Report
Mt. Paran / Northside
quillbilly
4/5 rating details
2yrs+

"Too cool for public school"

Not only does Mt. Paran claim one of the wealthiest zip codes in America, I'm fairly certain it would at least be in the running for most private schools per capita. All the biggest names (and biggest price tags) in independent tuition are within carpool distance, if not walking distance. Holy Spirit Prep, Lovett, Pace, Westminster, Galloway, Trinity, Schenck (just to name a few): these institutions crank out more future ivy-leaguers, business bigwigs, society wives and well-funded slackers than probably the entire rest of the state combined.

If you can afford to put a couple kids through Pace, etc., you can probably also afford one of Mt. Paran's restored-old or new-built "houses" big enough to run your own private school out of; or, if you're a real baller, big enough to lose your own kid in (this actually happened not too long ago, to an Atlanta basketball player whose initials were wrought into the gleaming gates at the entrance of his obscenely opulent abode). You get the Tiffany-framed picture.

Some more modest living spaces do exist (there are a few Post and similar apartment complexes right outside the Mt. Paran border), but most residents here are too rich to pay rent.

In addition to nicely treed neighborhoods and a few pocket lakes, Mt. Paran is also just southeast of a large patch of green space along the Chattahoochee River. It's a nice place for a walk or a jaunt with the dogs, as it really does feel like you've stepped out of the city for a moment - though, if you live in Mt. Paran, chances are you rarely venture much further than the Cumberland Mall/Vinings or South Buckhead area for your dining/entertainment/shopping pleasure.

Cheers!
Pros
Cons
Recommended for
Add a comment...
The opinions expressed within this review are those of the individual reviewer and not those of StreetAdvisor. Report