Georgia
Atlanta
Lake Claire
7.2 out of 10 based on 2 reviews 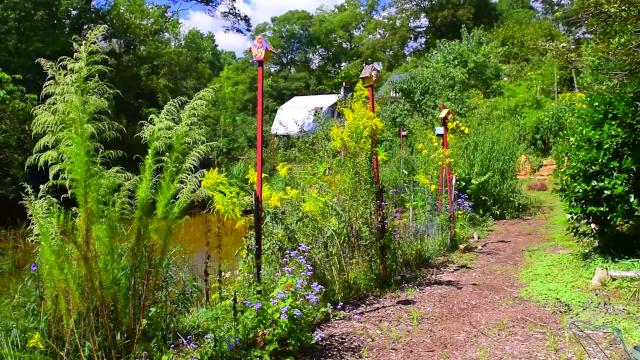 "Corner of Lakeshore and Claire"

The 1,200 homes make up the area. Inhabitants of the neighborhood live in Dekalb County and their children attend the Atlantic City public school systems. Mary Lin Elementary School, Inman Middle School and Henry W. Grady high school serve the community's educational needs. Nearby neighborhoods include Kirkwood, Druid Hills and Decatur. A neighborhood association serves the needs of the inhabitants.

Candler Park borders Lake Claire. Candler Park is named after the Coca Cola company executive, Asa Greg Candler. The neighborhood contains one co-housing project. The co-housing project attempts to bridge the differences between a condominium and a commune, according to the Lake Clair Co-housing home page. The Lake Claire Community Land trust provides a refuge from the urban settings in the heart of the city. It provides additional recreational facilities to the city's inhabitants.
Pros
Cons
Recommended for
Add a comment...
The opinions expressed within this review are those of the individual reviewer and not those of StreetAdvisor. Report
Lake Claire
quillbilly
4/5 rating details
2yrs+

With its incongruent collection of hippies and yuppies, Old South sensibility and New America progressivism, million-dollar-homes and a home for the homeless (Clifton Sanctuaries is the oldest operating house-of-worship shelter in Atlanta), Lake Claire could be seen as a bit of an anomaly; were it not for the fact that its bordering communities – Candler Park, Edgewood, Kirkwood, Decatur – seem pressed from similar, highly successful molds. Like its neighboring ‘hoods, Lake Claire is flush with places to dine, shop and entertain yourself, and the family-friendly dynamic means solid schools and relative safety are sure bets. Of course, as any respective resident of the aforementioned neighborhoods will emphatically point out, each of these communities also has its own distinct flavor and appeal.

In Lake Claire’s case, that flavor might be described as “upper crust crunchy,” or “earthy with notes of la-di-da.” Here, historic bungalows open on riotously colored gardens spiked with sculptures made of repurposed car parts; skateboarding youths reverse-nod to pairs of parents pushing $650 stollers; and the age-old “whose tree” argument centers not on which party can axe it, but on who gets to stick their resin “wood sprite” face on its façade.

Of course, you cannot mention Lake Claire without also mentioning the Lake Claire Community Land Trust, a hippie haven of pesticide-free garden plots, pet-able livestock (chickens, a pig, and Big Lou the Emu), and rustic wooden stages perfect for impromptu drum circles. Established in 1987 and still going strong, the Trust and its fierce defenders are largely responsible for the tenor of the community.

So even if you can’t quite put your finger on the “flavor” of Lake Claire (emu, perhaps?) most will agree it’s a highly appetizing address. Cheers!
Pros
Cons
Recommended for
Add a comment...
The opinions expressed within this review are those of the individual reviewer and not those of StreetAdvisor. Report