California
Foster City
Famous Ships
6.3 out of 10 based on 2 reviews 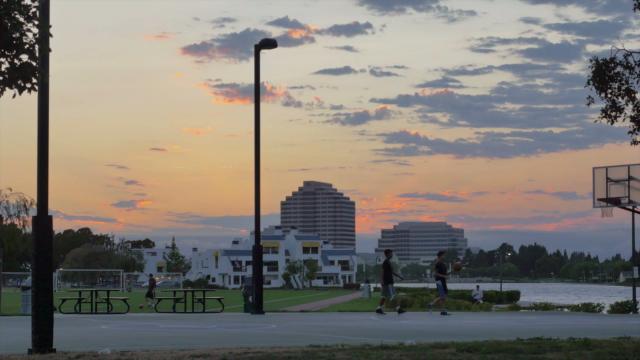 "The Heart of Foster City"

Okay so now the theme is Famous Ships. Street names in this neighborhood: Nina, Pinta, Santa Maria, Bounty, Constitution and a bunch of other ships, many of whom I don’t know what to associate with. For example, Balclutha Drive, is named after the old ship that is in the San Francisco Bay (I had to Google it to find out). It is the only ship of its kind still in the bay, right by Fort Mason. If you know SF, you probably know the one I’m talking about though, like me, you probably didn’t realize that was its name.
So some of the ships for which these streets are named are not quite as famous as others.
So what is it like living in this neighborhood at the very heart of Foster City?

First, there is fair amount more variety in terms of home styles in this neighborhood in comparison to some of the other
Foster City neighborhoods. The majority of homes here are very nicely kept Ranch homes, but many are colored in bright colors, and mixed in with these you will find the occasional Eichler home or contemporary style home. There are also canals on the edges this circular neighborhood. These satellite islands with streets with names like Flying Cloud Isle, Flying Mist Isle and Shooting Star Isle have backyards that give way to the canals and often have private boats docked there.

The average 2-bedroom here rents for around $2300.

In terms of buying, prices vary according to type of home, of course. The median price for a condo runs about $300K in terms of median price, while a 2000 ft. home out by Flying Island will run upwards of a million dollars.

This is also where you will find the seat of government for Foster City, with both City Hall and Foster City Police Dept. being here. You will also find the Foster City public library here.

There are also a few good, though small parks here.

Overall, a pretty nice neighborhood. About average for Foster City.
Pros
Cons
Recommended for
Add a comment...
The opinions expressed within this review are those of the individual reviewer and not those of StreetAdvisor. Report
Famous Ships

"Central Lake is the only place to be"

While Foster City is known for its odd names, Famous Ships certainly follows suit. Yet, the self-acclaimed neighborhood is not really known for much except for having the largest land area in the city. It encompasses about a half dozen neighborhood streets and is surrounded by an encircling slough/canal that feeds off of Central Lake. It is, however, within the heart of Foster City, and consequently gets undeservedly clumped into the affluent neighborhoods that the city is relatively known for.

Famous Ship’s flat residential quarters is perfect for condo lovers who enjoy inexpensive shared living spaces. The neighborhood is saturated with blemished, two-story apartment buildings (mostly lining Balcluth Drive) while newer condominiums are sprouting up along Comer Drive. Both usually provide communal gardens, swimming pools and other sharp looking community aesthetics. For the home buyer, the area is brimming with boring suburban anonymity. Houses are old, mostly one-story in size and way too plain-looking. However, properties are relatively well-maintained with primped bushes giving the neighborhood an older look. For nicer homes, larger two-story residences are situated along the outskirts of the community, closer to the Central Lake runoffs. Many of these homes afford access to these sloughs/canals from their backyard (some even have little boats for rowing around the city).

For commuters, Famous Ships is within a block of US Route 92 and the San Mateo Bridge, the latter of which connects residents to the eastern edge of the San Francisco bay. Its most prominent feature is Central Lake, which sits at the base of the community’s quarters. The area hosts plenty of events for all ages. This includes art and wine festivals in the park, concerts at the amphitheater and community classes. Elsewhere, the neighborhood park along Shell Boulevard features a couple tennis courts, long walking paths and serene vistas of Central Lake. If you keep along the road, you’ll head towards the business heavy district which propagates around Hillsdale Boulevard. The area is complete with glossy, mid-rise corporate buildings and acres of employee parking.
Recommended for
Add a comment...
The opinions expressed within this review are those of the individual reviewer and not those of StreetAdvisor. Report

apartments in and around foster city
0 Answers