Georgia
Atlanta
Downtown
5.8 out of 10 based on 6 reviews 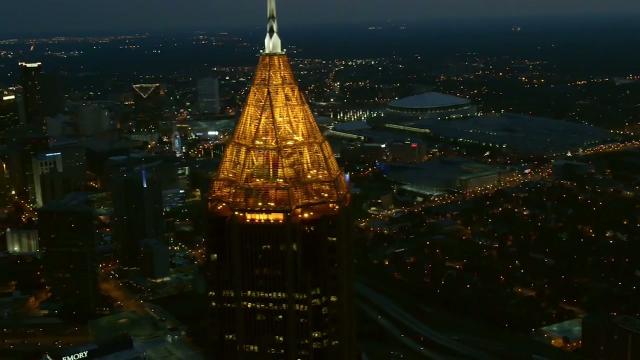 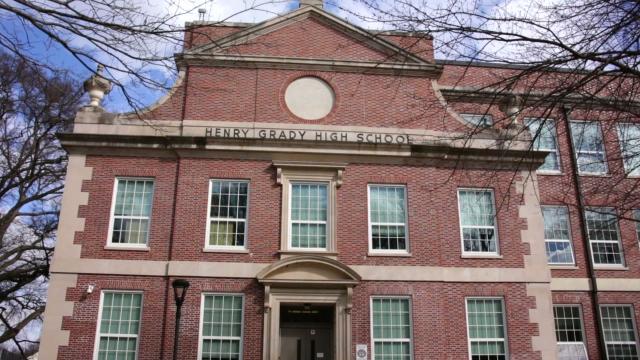 "Downtown Atlanta...yes it CAN get worse"

I worked in downtown Atlanta prior to the Olympics and now work there again. It is now far worse than I ever thought it could be. Working near Peachtree Center and Centennial Park means walking outside involves so many homeless, so much filth and odor. This is compounded recently with the addition of horseback police officers. They don't seem to make it safer, just more of a novelty which is what downtown Atlanta is fond of and a new offensive odor0. The streetcar is a novelty. It's construction and existence only served to make driving downtown more difficult. There's a bike lane that runs from Centennial Park through downtown towards Highland. In the past 3 months I've seen no more than 5 cyclist using it. It's addition means that often with cabs and delivery trucks there's one empty lane for bikes and one packed lane far motorists. Great planning. Making it more difficult to drive to and from work will NOT entice many to use MARTA that don't have to. Nothing will make anyone that doesn't have change trains at Five Points endure the experience.
Cons
Add a comment...
The opinions expressed within this review are those of the individual reviewer and not those of StreetAdvisor. Report
Downtown
Daniela
1/5 rating details
2yrs+

I work downtown for a police department so my view might be different than from others. What I know, see and hear from tourists is that it is dangerous, dirty, scary to at at night and very unsafe. If you are not there for business and maybe for visiting the Georgia Aquarium, World of Coke or see a game at the Georgia Dome or Philipps Arena, then stay away and go more north of Atlanta Downtown. A view positive things are it has a great transit system (MARTA) and you can leave your car at home, which I would recommend anyway, due to high car break-ins. Peachtree Street going up towards Buckhead is beautiful and has many shops and fine dining restaurants. Some come to Atlanta to see the Underground Atlanta, but it is overrated and not what it used to be. High crime and dirty is what is left, according to Marta police. Areas to stay away from is right behind the Georgia Dome, Vine City which is full of gang members. Other areas are the Greyhound Bus station, up the area Marietta Street/Peachtree Street which is full of homeless people due to the homeless shelter on the next corner. My first visit to Downtown ended with a homeless person trying to rob me and I had to take actions. My recommendation is to only go Downtown in the daytime for a quick business or errand and leave asap. It is a shame how run down it is, because if you look at some of the architecture of buildings you can see it used to be a nice city...
Pros
Cons
Recommended for
Add a comment...
The opinions expressed within this review are those of the individual reviewer and not those of StreetAdvisor. Report
Downtown
Atllady
3/5 rating details
2yrs+

"A Little of Everything"

If you are looking to live in Atlanta and want to be right where the action is, then you are in luck, as there are many different spots to live right in the downtown area of Atlanta. This is going to give you access to a wide number of activities that aren't available in the suburbs. The housing style is going to be different here, but as long as you are alright with it, you are sure going to enjoy living in the downtown area.

It is possible to hop onto Interstate 75 through the downtown area, as there are many different entrance and exist points in the city, so you are never too far away from the highway.

The home values are going to vary in the downtown area. Most of these locations are actually condos, and depending on where you live, the price is going to vary. Living in an Atlanta condo is less expensive than other larger cities (such as Chicago or Miami), so if you enjoy the hustle and bustle, this is right for you).

There are many forms of entertainment for all ages, ranging from local plays to professional sports.

There is world class shopping and restaurants here, so there is always something new to see and eat.
Pros
Cons
Recommended for
Add a comment...
The opinions expressed within this review are those of the individual reviewer and not those of StreetAdvisor. Report
Downtown
LeahM
4/5 rating details
2yrs+

"Some parts are really nice"

Downtown Atlanta stretches from the city’s North Avenue which borders midtown, south to the interstate 85 connector and Memorial Drive. In my opinion, Atlanta’s downtown area can be divided truly into three regions; upper, middle and lower.

The upper region truly captures the essence of downtown. Beginning with Georgia Tech’s Bobby Dodd’s stadium for yellow jacket games and ending with a trip to Centennial Olympic park, The World of Coke or the Georgia Aquarium, there’s plenty of fun activities. There’s always happenings going on in these areas including lots of bars and night clubs for residents and tourists.

The mid region of downtown is really centered on Peachtree St. and Andrew Young Blvd. The famous Sun Dial restaurant is located in this area and truly is the only real attraction to this area. Besides this, tourist are only entertained by a large Hooter’s bar, city lights and their hotel accommodations.

Things only get worst heading south on Peachtree street into the lower regions of downtown. Below the campus of Georgia State University and the five points MARTA station consists large levels of homelessness and the poor. The the shuttered up windows of small store fronts and department stores only hint to an era (where downtown was a center hub for what defined Atlanta. Now, most consider their town center’s to be the the shopping center or mall located closest to their homes. It’s such a same Atlanta has lost such a core peace of its identity in the downtown community.
Pros
Cons
Recommended for
Add a comment...
The opinions expressed within this review are those of the individual reviewer and not those of StreetAdvisor. Report
Downtown
quillbilly
3/5 rating details
2yrs+

"Things'll be brighter there..."

Fair warning: By the time you read this review, the actual residency potential of Downtown Atlanta (at least, what qualifies as “Downtown” as far as yours truly is concerned) may very well have changed - such is the determination of the urban renewal machine cranking away in what was once the heart of the Southern capital. Indeed, quite a few pockets of the Downtown cityscape – near GSU or Marietta Street, for instance – are already looking more like places you’d consider paying rent, and less like places you walk through in a hurry at twilight, pretending to talk on your cell phone.

Once upon a time, I would have advised you to take MARTA to a Turner classic Braves game (see what I did there?) and then take it right on back to civilization as soon as the final ball was caught.

If you were a local, that is.

If you were a tourist I would be required by law to tell you to also visit the Georgia Aquarium (the world’s largest!), Centennial Olympic Park (we hosted them in 1996!) and World of Coca Cola (make your own soft drink!)

These days however, even the tourists are probably noticing that Downtown is starting to grind away some of its rougher edges, and is becoming more and more viable as (dare I say it?) an actual neighborhood.

Progress may have slowed some (the Big Peach took a big hit when the economy tanked), but you can bet that as soon as the cash starts flowing again Downtown Atlanta will be making it rain, baby - especially when it comes to attracting future residents who prefer the skyline view from the ground floor up (see it airbrushed on a T-shirt at Underground Atlanta!) Cheers!
Recommended for
Add a comment...
The opinions expressed within this review are those of the individual reviewer and not those of StreetAdvisor. Report
Downtown

This area of West Peachtree is very close to both the Midtown and Downtown areas of Atlanta. This location provides easy access to MARTA (public transportation), and is in close proximity to Atlanta's nightlife (clubs such as Opera, Sutra, etc) as well as tourist attractions (the World of Coke, GA Aquarium, the CNN Center, Centennial Park). There are several local places to eat out in both Midtown and Downtown Atlanta. I would recommend this area to any young professional who would like convenient access to Atlanta's nightlife.

I would not recommend this area to people who enjoy quiet areas - this area is located near Atlanta's busiest highways (85/75). It is also located within the city, so traffic can sometimes be rather congested.
Recommended for
Add a comment...
The opinions expressed within this review are those of the individual reviewer and not those of StreetAdvisor. Report