California
Burlingame
7.0 out of 10 based on 2 reviews 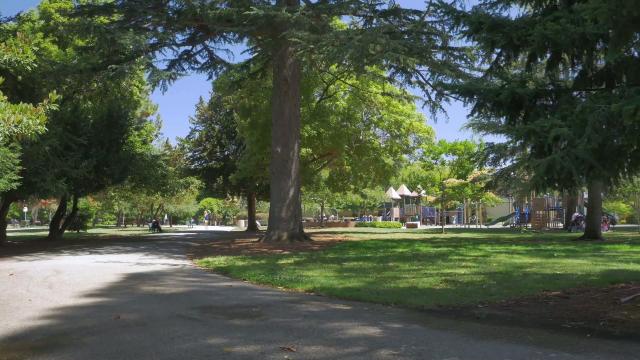 So when I think of Burlingame, the first thing that comes to mind is auto dealerships because that’s what you used to see and hear about in relation to Burlingame for the longest time. These days you have some off shoots of the tech industry who make their headquarters there and, because SFO is close by some airline headquarters—most notably, Virgin America.

But Burlingame is mostly residential outside of that. If you head up into the hills on the western end of Burlingame though, you find the really cool looking older mansions and homes. There are lots of homes here that were built before World War II. Unlike some of the areas, this is pretty much an all around, consistently high end area where even the worst parts are upper middle class.

This is not to say there aren’t some areas that have smaller older homes that are just better kept versions of the bungalows you will find in Oakland and other places, but you will pay much more for them here because of the location. I guess that is what they mean when they say real estate is all about “location, location, location.”

As to renting, this isn’t really a high rental area—it’s mostly home owners—but if you do try to rent, a two bedroom around here will cost around $2000/month.

It is a good spot for couples who have jobs in Palo Alto and San Francisco since this is roughly equidistant between the two. Though it starts to be a bit of commute if you are trying to get into the heart of Silicon Valley from here.

There is also a Caltrain station that makes commuting a lot easier if you are willing to put in the time.

What about nightlife? Or, as my best friend likes to say, “What happens if I get there on a Saturday night?”

I wouldn’t call Burlingame, Nirvana for singles but it isn’t a hell either. There some pretty good watering holes like Paddy Flynn’s and Behans (if you are into faux Irish pubs) and you also have a couple of tapas bars (I know they are a bit of fad right now that is just about played out). There are even a couple of dance places: the Vinyl Room and the Barrelhouse.
Burlingame has even more in the way of restaurants, like La Boheme (a French place) Sapore, Trapeze and Ecco.

But, of course, it is not just about drinking and being merry. Burlingame also has culture: case in point, Burlingame is the home of the Museum of Pez. Yes, that is right: a temple to those little treats without which the fun of eating little candies from a fun little dispenser would be lost.

Ahh! Heaven indeed.
Pros
Cons
Recommended for
Add a comment...
The opinions expressed within this review are those of the individual reviewer and not those of StreetAdvisor. Report
Burlingame

"If you can afford a second home, youll find it here"

Located in San Mateo County along the San Francisco peninsula, Burlingame is a heavily dense upper middle-class neighborhood. The town almost has a dozen neighborhoods to choose from. Considering its proximity to the water and its beautiful mediterranean weather, the city is a common source for the wealthy class’s second home. The city is also known as the “City of Trees,” due to its high density of forestry and tree lined streets. And c

Residents have the luxury of laying their hat at a great waterside community. Although it’s rather flat, most residents can still get the subtle sea breezes and distant view of the beautiful San Francisco Bay that the city so elegantly beckons. As of 2010, the population was just under 20,000 residents, most of whom are white (while small groups of hispanic and asian families make up the large bulk of the minority). Aesthetically speaking, the town is saturated with old Victorian houses which average about a $930,000 price tag. Elegant two story homes are also sprinkled throughout the community, offering attractive front yards and little walkways leading up to fancy front doors.

The town’s most notable commercial real-estate is Burlingame Avenue, from California Drive to El Camino Real. Burlingame Plaza, located on El Camino, is the city’s main shopping hub. The area is outfitted with a drug store, grocery store and boutique shops. Within its three square block radius, you’ll find dozens of neighborhood stores and restaurants. What’s best about Burlingame’s commercial quarters is how pedestrian-friendly. For locals, if you don’t want to take a car during busy shopping hours, you don’t have to deal with parking. If you travel along the city’s easternmost border, you’ll hit “hotel row,” an area boasting numerous large hotels and dozens of restaurants.

San Mateo Union High School District operates the city’s local high schools which include Burlingame High School. For younger students, you’ll find much more options considering there are five elementary schools in the whole town. For commuters, the city sits between US 101 and Highway 280, either of which can get you up to San Francisco or down to San Jose. And one of the city’s most desirable perks is its proximity to the San Francisco International Airport. The notorious travel spot lies just one mile outside the town’s limits.
Recommended for
Add a comment...
The opinions expressed within this review are those of the individual reviewer and not those of StreetAdvisor. Report

best cleNERS
0 Answers
What about the area of Ray Park in Burlingame?
0 Answers