Georgia
Atlanta
Brookhaven
7.4 out of 10 based on 4 reviews 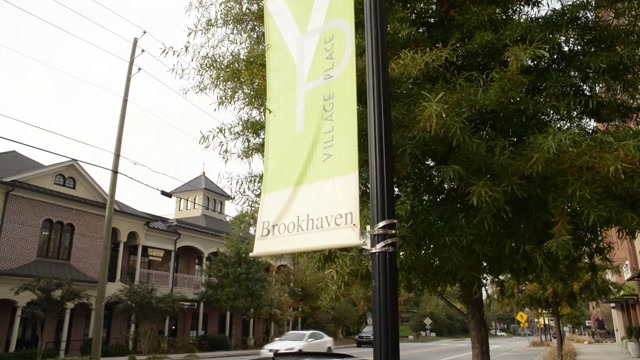 Brookhaven
If you love upscale living in a traditional neighborhood you will love Brookhaven. It is in uptown Buckhead so you are never far from the lush lifestyle.

The homes are expensive but if you can afford to live in this area you are in for a treat. Throughout this neighborhood you will find well manicured lawns and people.

There are numerous shops and restaurants to choose from and you are not very far from Lenox Mall and the business district.

The traffic can be pretty bad during the weekday and with new construction it can be challenging to get to the interstate and through uptown.

I can’t say this is a great place for kids if you are looking for space if you are thinking of living closer to the Buckhead end. It is lacking as the more affordable places are apartments. But if you want to live away from the hustle and bustle on the other end of Peachtree-Dunwood Rd you will find it more amiable to families with children. The schools are great in this area as well.

There is a bit of history to Brookhaven and it is quite beautiful. It’s close to the train station so you will not have any problems get around the other parts of the city to catch a game or play.

There are new place to shop and new restaurants opening all the time. You will never have to worry about being bored because the nightlife is incredible.
Pros
Cons
Recommended for
Add a comment...
The opinions expressed within this review are those of the individual reviewer and not those of StreetAdvisor. Report
Brookhaven
LeahM
4/5 rating details
2yrs+

1 mile north of Buckhead lies the quiet and quaint Brookhaven community. As a young professional, Brookhaven is considered the resting place for ex-bar hopping yuppies who can no longer balance long nights at the bar getting wasted while preparing for Monday morning 9 am conference calls.

Major landmarks in this community are historic private college Oglethorpe University and Brookhaven Country club. Most of the social scene is centered around the Dresden Rd and Peachtree Rd intersections. This spot area features a large complex that houses Pub 71, Mellow Mushroom and Hudson Grille. If you are into a more laid back bar scene, this area will be your town center. I lived at the Post Glen apartments for a year and by the greatest amenity that Brookhaven has to offer is its close proximity to a CLEAN and SAFE Marta train station. The Brookhaven Marta station is the perfect place to easily access Downtown Atlanta (Braves Games, Concerts etc) while being able to safely travel back late at night and not have to worry about criminal and homeless panhandling.

This neighborhood has seen significant development in the past 3 years as more and more professionals seek a more affordable and laid back alternative to the Buckhead community. I rate this community 4 stars out of 5.
Pros
Recommended for

ashleyp6 Hi! Im a 30 yo, young professional (from FL) looking to relocate to Atlanta, most likely Brookhaven. Im looking at jobs in both Snellville and Marietta. I know they are both a fair distance from Brookhaven, I was wondering if you think the commute would still be rough, since I would be commuting against the majority of the traffic coming in from the suburbs? Loved your description of Brookhaven, and appears to be what Im looking for...a more laidback area, still close to Buckhead and all the action, just not sure about the commute.
Aug 28, 2018
Add a comment...
The opinions expressed within this review are those of the individual reviewer and not those of StreetAdvisor. Report
Brookhaven
ElleD
4/5 rating details
2yrs+

Brookhaven is a high-brow family town, with quick access to other ‘nicey-nice’ shopping and commercial areas of Ashford Dunwoody, North Druid Hills and Buckhead destinations via MARTA public transit, Peachtree Road, I-75/85. This locale provides a cosmopolitan lifestyle without the heavier traffic found in Buckhead and Sandy Springs.

Located in unincorporated DeKalb County, Brookhaven maintains lower property taxes than its City of Atlanta City neighbors. It also suffers from some traffic problems and bottlenecks. But other benefits help overcome any negatives: Brookhaven is close to some of Atlanta’s best hospitals. It also has a healthy stock of upper-middle class and upper-class homes to match the high median family incomes characteristic of Brookhaven.
Recreation is an important part of this area’s appeal. In addition to a notable golf facility called the Capital City Country Club, you will also find to vibrant public parks maintained by DeKalb County. Blackburn Park and Murphey Candler Park are great places for an impromptu picnic or respite from busy day at work.

Picturesque Oglethorpe University has its home in this area, making it a beautiful college district. For your children, several great public and private schools also call this place ‘home’. While Brookwood is a very affluent area, I assert that this is true since DeKalb County property taxes are not as high there as they are in the City of Atlanta limits. Residents keep more of their money in their pockets than in other metro Atlanta areas!
Recommended for
Add a comment...
The opinions expressed within this review are those of the individual reviewer and not those of StreetAdvisor. Report
Brookhaven
quillbilly
4/5 rating details
2yrs+

Brookhaven is one of an armful of neighborhoods just outside the city proper (in this case, on the well-trimmed fringe of high-brow North Buckhead) that straddles the line between “urb” and “suburb” – and does it pretty darn well. The area’s sought-after sub-neighborhoods, blending expensively bulldozed and redeveloped plots and more tastefully renovated originals, are posh destinations for well-heeled families who want to ensure their kids – most likely named things like “Chase,” “Hurley” and “Ella” – an easy commute to private school. There are several top-ranked and quite varied choices within a few-mile radius, including Marist, Galloway, Holy Spirit Prep and the Greenfield Hebrew School. This last draws a sizable population of orthodox jews, whom are often seen walking leisurely to and from synagogue along the lushly treed residential side-streets, making Brookhaven a slightly more diverse area than one might first guess.

Oglethorpe University, whose campus resembles a sprawling medieval castle and hosts predictably excellent year-round productions by the Georgia Shakespeare Company, doesn’t look out of place in an area that is anchored by the mind-bogglingly exclusive Capital City Country Club. If you can’t afford the five-figure annual membership fee, or one of the million-dollar-minimum adjacent properties that seem to go with it, the imposing Georgian and Federalist homes and the rolling, tree-dotted hills of the golf course at least make for a lovely backdrop for a weekend drive.

Make no mistake, you’ll have a hard time snapping up your own little corner of Brookhaven without a sizable nest-egg to back you up, but there are some options (nice, typical apartment buildings and less flashy homes further from the Country Club) that appeal to those who weren’t enjoying Bush-era tax cuts. A nearby MARTA station makes traffic-free travel into the city for Braves games, etc. a Breeze (Card) for those who don’t turn their noses up at it, and Buckhead is only a string of traffic lights away for those craving upscale shopping, eating and getting fashionably tight over a sweating bottle of chardonnay.

Personally, when I’m hankering for a taste of Brookhaven, I pop over to the humble Brookhaven Shopping Center and slide into a dimly lit table at the equally humble and hidden Sushi Mania for an indecently tasty roll named after the neighborhood itself. Follow that up with a stop at Bruester’s Ice Cream for a pistachio cone and a berry-something milkshake for the boy and that’s my idea of haven indeed. Cheers!
Pros
Cons
Recommended for
Add a comment...
The opinions expressed within this review are those of the individual reviewer and not those of StreetAdvisor. Report