California
Redwood City
Steinberger
7.0 out of 10 based on 2 reviews 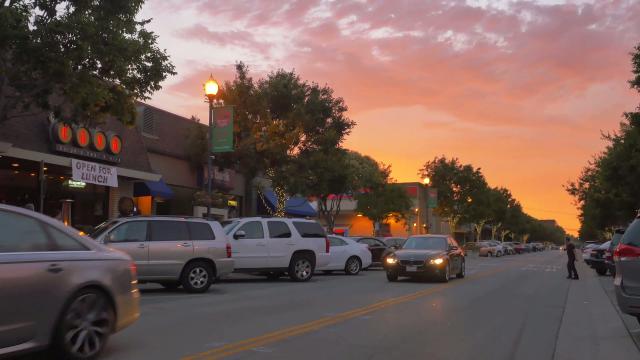 Steinberger is a relatively new neighborhood in the Redwood Shores section of Redwood City. This is the part of Redwood City that juts out into the San Francisco and which many climatologists believe may be underwater before the century is out.

This area is mostly made up of townhomes and condos built in the 1990’s. That means, of course, that most of the dwellings in this area are on the smaller side in terms of actual floor space (less than 2000 sq. ft.) for the most part.

About two of the five homes that are on the market here are on the market due to foreclosure. This is a nice area, though more well suited to single folks than those looking start families with more than one kid.
Pros
Cons
Recommended for
Add a comment...
The opinions expressed within this review are those of the individual reviewer and not those of StreetAdvisor. Report
Steinberger

Steinberger is a very isolated and somewhat progressive neighborhood within Redwood City. It spans almost 0.6 square miles of thriving, affluent residential terrain, most of which is saturated with very modern-looking apartment buildings and nice, leafy living quarters. The district is almost completely surrounded by the acres of sloughs, particularly Steinberger Slough which large, lake-like aesthetic skirts the eastern perimeter. Demographically speaking, the neighborhood is largely white (with a sizable hispanic minority) and rather dense, with a total population of around 4,000.

For the most part, the district is organized with homes situated below Redwood Shores Parkway, while apartment homes are to the north. Of the latter, the neighborhoods consist of tightly packed condominiums or group housing developments within small pockets of the community. There are also green, well-groomed landscaping surrounding each communal living space. To the south, homes are usually new, two-stories in size and offer an upscale cookie cutter aesthetic. As a whole, home prices are estimated just over $1 million while median rents are around $2,300/month. And according to the 2010 US Census, Steinberger’s median household income is around $115,000/year, almost double the city’s average.

While rarely visited by the outside public, those who do will be pleasantly surprised. Steinberger’s residential quarters offer a safe, family-friendly living environment. It even boasts a couple community amenities including a nice little park along Davit Lane, quaint street roundabouts and the many serene waterways along the neighborhood’s perimeter. There are also newly paved roads leading into the groups of housing developments usually secluded by cement walls or wooded shrubbery.
Recommended for
Add a comment...
The opinions expressed within this review are those of the individual reviewer and not those of StreetAdvisor. Report