California
Redwood City
Sequoia
6.3 out of 10 based on 2 reviews 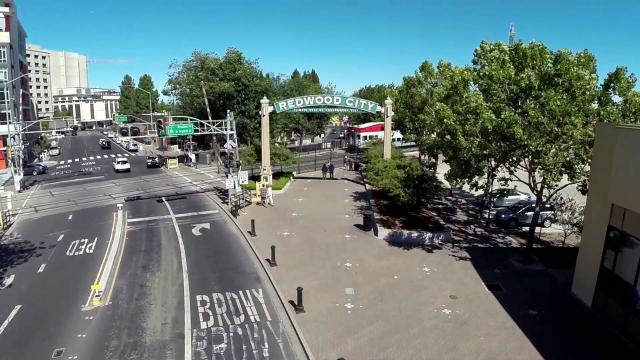 "Close to the Action"

The neighborhood also borders the downtown area so you are right by all the bars and restaurants. You are also right by the Caltrain Station so it is perfect for commuters, you don’t even need to hassle with your car—you can walk right to the station.
Like a lot of the neighborhoods in this section of Redwood City, it is mostly occupied by older homes dating back from before 1950. There are really fairly well-kept homes with a lot of older bungalow style homes—which are pretty cute.

One of my favorite streets in all of Redwood City is here—Broadway. Before it hits the Downtown area on the other side of El Camino, Broadway is kind of cool looking residential street for a couple of blocks, lined with trees and nicely kept older bungalows.

Just about all the houses around here seem to be on the market due to foreclosure, which is generally good for homebuyers, though kind of depressing given these clearly represent the dissolution of someone else’s dreams. Prices seem to go from below $400K to $800K approximately.

There are some apartments to rent here for around $1300.

In terms of all the basic necessities, you have them covered here too, with a Safeway and a Whole Foods right on El Camino. You also have an assortment of dentists, psychologists and car repair shops in the area. You even have an assisted living facility in the neighborhood. All of which is to say, that this is one of those suburban areas that covers all your basics.

For nightlife and entertainment you just have to keep following Broadway into Downtown and you can get plenty of that, which basically makes this a good spot for young couples who aren’t quite ready to completely settle down just yet.
Pros
Cons
Recommended for
Add a comment...
The opinions expressed within this review are those of the individual reviewer and not those of StreetAdvisor. Report
Sequoia

Although it has its fair share of boring aesthetics, Sequoia is an exclusively residential, well-connected neighborhood within the heart of Redwood City. It spans approximately 0.5 square miles of residential terrain, of which is made up of an eclectic mix of homes and apartment buildings. As a whole, it is a small, rectangularly shaped community bounded by Whipple Avenue to the north, Grand Street to the west, Jefferson Avenue to the south and El Camino Real to the east. Demographically speaking, the district is a largely white community, with a rather sizable hispanic minority. It is also home to just over 3,000, making up a somewhat dense community space.

While rather a conveniently located neighborhood, Sequoia offers only modest living quarters at best. For perspective homeowners, the area provides a wide range of middle-class residences, with different styles and sizes at every corner. There are, however, a couple nice homes nestled within pockets of the community. The bulk of asking prices within the area are just above $1 million. For a cheaper option, there are a handful of not-too-appealing two-story apartment buildings peppered throughout the area. These prices tend to be within the area of $1,000 to $1,250/month. Additionally, median household incomes are around $55,000/year, just a bit under the city’s average. Its nicer community aesthetics are situated west of Sequoia High School. Here, you’ll find a somewhat nice and leafy neighborhood with tree-lined streets.

Sequoia is a young family neighborhood. In fact, the Sequoia Union High School is conveniently in the mix of the neighborhood’s events. The educational institution serves as the oldest high school in the San Francisco Bay Area, but is now equipped with a new gym and a Japanese Tea Garden. For commuters, Redwood City Caltrain skirts the eastern corner and is also within close proximity to downtown Redwood City. While you’re there, you’ll fine the Cinemark Multiplex located along Broadway. The movie theater has recently undergone a facelift and now boasts 20 big screens. And if you head towards El Camino Real, you’ll hit an open-spaced commercial strip, which includes a Honda Dealership, gas stations, a Safeway and one-story mixed use buildings and businesses.
Recommended for
Add a comment...
The opinions expressed within this review are those of the individual reviewer and not those of StreetAdvisor. Report