New York
Port Washington
8.5 out of 10 based on 4 reviews 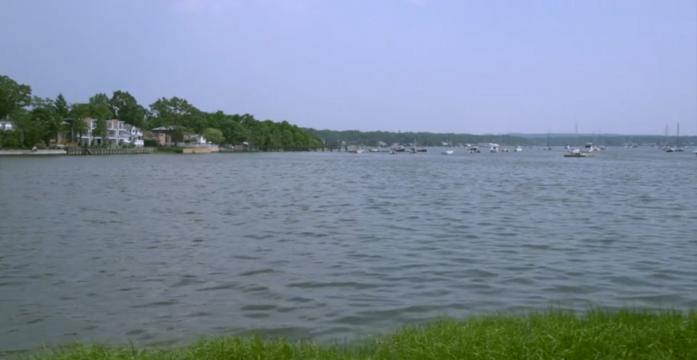 The Dolphin Bookshop - More than just a bookshop! Why don't you come stop buy, browse, read or sit and relax with a bite to eat and a coffee. This is a great place to hang out and it hosts a number of events such as: author signings, programs for the kids, music evenings and more.... Check out their website to get the full run down of upcoming events:
http://thedolphinbookshop.com
Add a comment...
The opinions expressed within this review are those of the individual reviewer and not those of StreetAdvisor. Report
Port Washington

A family fun event featuring local artists, musicians and performers of all ages.

For more information: http://www.pwportfest.org/
Add a comment...
The opinions expressed within this review are those of the individual reviewer and not those of StreetAdvisor. Report
Port Washington
TracyD
4/5 rating details
2yrs+

Port Washington is an unincorporated area in the Town of North Hempstead. It is located on Cow Neck Peninsula, along with several other small hamlets and villages, which comprise the greater Port Washington area, population 16,000.

Northern Boulevard is closest main road, though it does not go into Port Washington. The entire peninsula is a good distance from the Northern State and LIE, two of Nassau's major highways. Geography has made the area a bit isolated and difficult to reach. However, train commuters have the advantage of being the first stop on the Long Island Railroad, which means riders never have to worry about not getting a seat.

Large grocery stores are available, and there is a nice mix of shops and eateries along Main Street. The Americana Mall, on Northern Boulevard in Manhasset, provides a large variety of upscale retailers. Other leisure time plans may include a visit to the Port Washington Library, which was established in 1892 in the home of a local resident. Landmark on Main Street draws visitors from all over the region to take in performances by well-known folk, rock, and Broadway performers. The hall, constructed in 1908, operated until 1985, then reopened in 1995.

Boating plays a large role in Port Washington’s recreational activities. Many parks fall under the auspices of the Town of North Hempstead. Town Dock Park offers fishing, with spots for boat moorings. Harbor Links, a public golf course, has an 18-hole course and a driving range. Sunset Park, with a band shell named for famed composer and area resident John Phillip Sousa, holds summer concerts. Parents with young children will enjoy the playground facilities at Blumenfeld Family Park. The North Hempstead Country Club, founded in 1916, offers golf, tennis, and children’s programs, and has a pool and two restaurants. Sands Point Preserve, located in an adjacent village, is a 216-acre site featuring historic Hempstead House. The Port Washington Tennis Academy teaches students from age 4 to age 18, and runs adult programs too. There is also a yacht club and skating center.

The public schools are often cited as one of the best things about the area. The district has approximately five thousand students, who attend five elementary schools, one middle school, Carrie Palmer Weber, and Paul D. Schreiber High School. At the elementary level, only one to five percent of students fail to meet state standards on standardized exams. In 2011, the New York State Education Department designated Weber Middle School as a “School-to-Watch.” This honor is bestowed upon schools which have demonstrated excellence, and signifies that the school can be looked to as a model. Paul D. Schreiber High School has received local and national recognition for its student outcomes. It offers over two dozen Advanced Placement courses.

Despite Long Island’s vast amount of coastline, houseboats are difficult to find. However, Port Washington often has a few on the market, priced below $150,000. Housing budgets do not go as far here as they would on the South Shore, but unlike some North Shore towns where all the home prices are astronomical, Port Washington has some affordable inventory. Current prices begin in the mid-$300,000 range. Home ages vary as well; buyers who are interested in older homes will find more than in many Nassau towns, mostly from the 1920s. Many co-ops and condos are available, with a very wide price range, beginning around $200,000 and exceeding $1 million.
Pros
Cons
Recommended for
Add a comment...
The opinions expressed within this review are those of the individual reviewer and not those of StreetAdvisor. Report