California
Belmont
McDougal
6.5 out of 10 based on 2 reviews 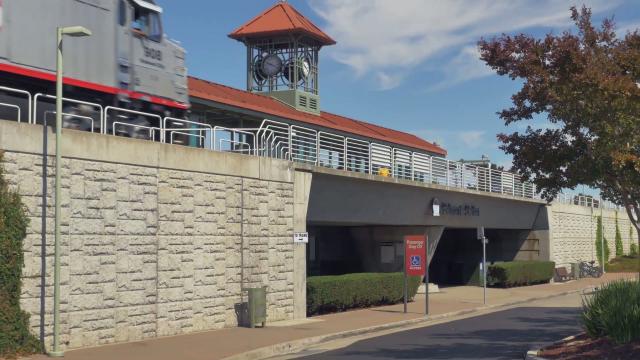 The majority of this McDougal is taken up by Twin Pines Park, whose shady trails and nice play area make it a favorite for locals. The neighborhood stretches along the southern edge of Ralston just to the west of El Camino Real.

Ironically, I suppose, the neighborhood is named after the park on the western end of the neighborhood where kids go to play baseball, but which is nowhere near as expansive a park as Twin Pines Park.

The neighborhood is hilly and woody, which gives the nicely kept Ranch homes a nicer feel than they might otherwise have.

This is one of those fairly nice neighborhoods that people moved out to in the 1970’s and 1980’s in order to raise their kids.

If you like quaint little Depression Era homes (some of them Mission style, some Tudors), then it is likely you will like McDougal to the east of the park as it approaches El Camino Real. The homes here are mostly nicely kept, but you can tell they were built nearly a century ago.

As you get farther up into the hills the homes get newer and bigger.
Prices throughout the neighborhood vary. You will find some million dollar homes and above, but most near but do not reach this amount.

Schools are great, and crime is virtually non-existent. It is clearly a good neighborhood for families.
Pros
Cons
Recommended for
Add a comment...
The opinions expressed within this review are those of the individual reviewer and not those of StreetAdvisor. Report
McDougal

McDougla is a somewhat traditional and all-too-ordinary residential community within the leafy quarters of Belmont, California. The neighborhood rests on a couple steep rolling hills that encapsulates much of the neighboring districts and spans about 0.7 square miles of middle-class terrain. Its total population is approaching 2,000, most of which are of white decent (over 75%). Aesthetically speaking, homes can be a bit old and plain-looking, but offer some very quaint and comfortable communal spaces.

Mcdougal’s is an almost exclusively residential neighborhood wedged between El Camino Real and Alameda De Las Pulgas. It tends to have a very friendly suburban feel to it. For one, homes can have some nice, charming house fronts that yield to long, orderly roads. Properties are usually petite and well kept with the occasional primped bushes sometimes cluttering front yards. And if you’re lucky enough, some hillside homes have beautiful views of the distant countryside (suburban-land). But those who can afford it are typically raking in an annual salary of $100,000.

McDougal reminds you of an old and probably boring community. For your shopping needs, locals head towards the busy intersection of Ralston Avenue and Alameda De Las Pulgas. The area offers a Safeway, a smaller food market and a couple neighborhoods restaurants, but that’s about it. Elsewhere, Belmont and San Carlos Caltrain stations are within minutes of the neighborhood’s limits while the US Route 101 onramp is just a couple blocks away.

The area also encompasses Notre Dame de Namur University, an independent Catholic institution. It is, however, so small that many people compare it to a high school culture with its small campus and few students. Also, Tierra Linda Middle School lies within the neighborhood’s limits. It’s a bland, uninteresting, but still above average educational institution that has gained the respect of the local community.
Recommended for
Add a comment...
The opinions expressed within this review are those of the individual reviewer and not those of StreetAdvisor. Report

Is 935 old. Country road a good community to buy a home and live in?
0 Answers