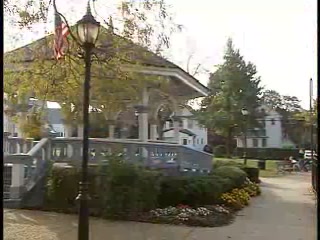 Inspiration + Information to Empower Health Discover easy solutions to your wellness worries with Manhasset's own holistic chef & certified health coaches. This event will provide information & spark inspiration to fuel health + wellness. Find out about the wealth of wellness resources right in your own neighborhood.

For more information contact [email protected]
Add a comment...
The opinions expressed within this review are those of the individual reviewer and not those of StreetAdvisor. Report
Manhasset
Catherine Matteo
5/5 rating details
2yrs+

While you are enjoying the parade please
do not forget to stop by Daniel Gale Sotheby's
and have a cup of coffee with a Bagel
Pros
Add a comment...
The opinions expressed within this review are those of the individual reviewer and not those of StreetAdvisor. Report
Manhasset
TracyD
4/5 rating details
2yrs+

Manhasset, a North Shore hamlet in the Town of North Hempstead, includes additional incorporated areas and villages. The greater area is an affluent suburb, known for excellent schools, luxury shopping and lovely homes. Commuters appreciate the thirty-minute commute to Manhattan, but the Long Island Expressway is nearby and easily accessible for drivers. Northern Boulevard is the main east-west road, and features shops, eateries and professional services.
The Miracle Mile, arguably Long Island’s most well-known non-shopping mall retail area, lines Northern Boulevard. It includes Lord & Taylor and the Americana at Manhasset, an upscale open-air shopping center. The Americana includes three restaurants and several well-known luxury and higher-end brands. Fendi, Chanel, Giorgio Armani, J. Crew and Banana Republic represent a sampling of the retailers. Plandome Road features a more typical mix of Main Street-style shopping. A local Chamber of Commerce provides promotions and support for its local businesses.
Residents enjoy a wide range of recreational options, which include golf and yacht clubs. Its location on Manhasset Bay makes sailing a popular choice. The southern part of the area is home to three country clubs, Deepdale Golf Club, Fresh Meadows Country Club, and North Hills Country Club. The Town of North Hempstead oversees some of the parks. Its parks, including Manhasset Valley, Whitney Pond and Plandome Park, are peaceful and picturesque and feature assorted amenities including walking trails, playgrounds and tennis courts. The Long Island Science Museum also makes its home in Manhasset, where it is a popular destination for school groups and families.
Though many children attend private and parochial schools, Manhasset’s public schools have a well-earned reputation for excellence. The Manhasset School District serves 3,000 students at two elementary schools, one middle school and one high school. Unsurprisingly, results on standardized state exams are excellent. Recent results show 100% pass rates for seventh and eighth graders on the state math and ELA exams. Manhasset High School, which has excellent academic and athletic programs, was ranked #87 nationally by Newsweek magazine in 2010.
Much of Manhasset’s housing stock dates back to the 1930s. It escaped the rapid development of middle-class housing which took over Nassau County during the 1950s. Before gaining fame for developing and building Levittown, William Levitt honed his craft building homes in Manhasset, which were larger and more unique than the modest models he later created. Single family homes begin in the mid-$500k range, but inventory at that price point is very limited. Very few homes are available under $750k. The majority of homes are priced above $1 million. Condos and co-ops are available and vary widely in price, with affordable and more expensive luxury options.
Pros
Cons
Recommended for
Add a comment...
The opinions expressed within this review are those of the individual reviewer and not those of StreetAdvisor. Report